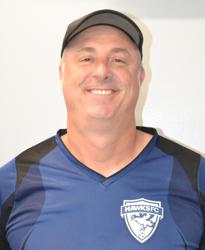 Justin grew up in the Tampa Area playing soccer locally and attended Gaither High School where he was named All-State. Justin is a former National and Olympic goalkeeper from the University of Tampa. He was also named All-American two times while earning his BS in Accounting. With over 15 years coaching experience of boys and girls teams from u10 to u18. Justin has served as a Boys technical director, Girls Age group coordinator, Coach and  GoalKeeper trainer during his time at VSC, LFC , WFF and FH.