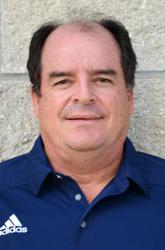 Coach Juan has more than 30 years of active teaching and coaching soccer experience from the professional level down to the elementary school level. Along with Coach Juan's responsibilities with the Florida Hawks this last year, Coach Juan has also been a coach for the USF women players and has been active there since 2010.

Coach Juan's soccer education has an impressive and diverse international background. He earned his bachelor's degree in physical education from the world famous German Sport University in Cologne. He later obtained his professional soccer-coaching license from the German Soccer Federation. Juan has had a UEFA license for 30 years, which allows him to coach any pro team in the world. Coach Juan has coached at the highest professional level in Colombia.

Juan has also demonstrated his generosity through soccer.  He is the Founder & President of Soccer Goes to School, Inc. , a not-for-profit organization that teaches soccer at no cost in low-income elementary schools in Tampa. Since 2008 this program has served more than 2,500 students in Hillsborough County schools through healthy soccer activities.